Backlash Brewing, in their own words, from their web site:


"Founded in July 2011, we brew beer the way it was intended to be brewed – flavorful, gimmick free, and not produced in ridiculous quantities. We know you’re not impressed by spiral necked bottles or labels that change colors when they’re so cold you can no longer taste their contents. You have hands (probably). You’re familiar with how temperature works (…right?)
So, instead of bringing you more swill, we brew our small batch beers right here in Massachusetts. We’re a contract brewery (transparency, ooh la la) which means we make our beer at Paper City Brewery in Holyoke.
Stand up with us and reclaim beer. Join the backlash."

I had always wondered about the name- "Backlash". Join the Backlash. I freaking love that concept. Don't mind if I do!

I equally love the bitch slap to big mass brewers and the idiotic "cold activated" bottle, which I've been raging about for a while now. It's a post in the making, don't worry. But for now, lets talk about this beer, because it's good one..... 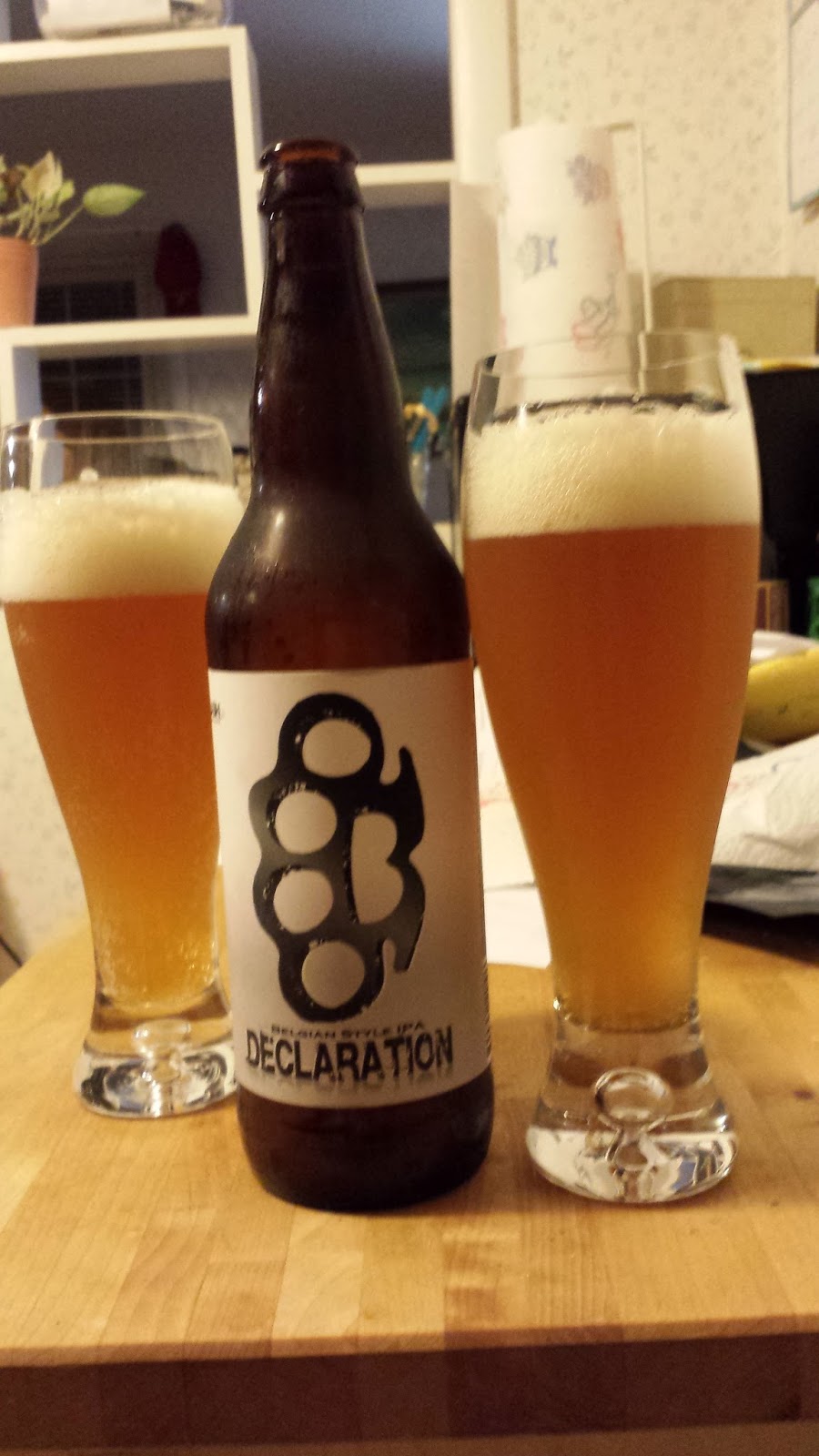 Interesting beer. I really enjoyed it. It really is a unique take on the style, with the fruity Belgian yeast and strong hop flavor combination. I'd drink it again, and I recommend you give it a try.