Great Divide Brewing Company of Colorado is one of those rare breweries that only brews GREAT beers.

I've had a lot of Great Divide beer, and I've never had a single one that wasn't absolutely GREAT.

And I drink a lot of beer.

This is not to speak ill of the many great breweries here in Boston. Harpoon for example, has an equally impressive line up of great beer. But, I've probably had 40 different beers from Harpoon over the years, and there were one or two that I didn't love. That's a pretty solid batting average. Its just that I haven't had quite as many beers from Great Divide or Pretty Things. These are smaller breweries, and I've just not had the opportunity to try quite as many beers from them. But I digress... 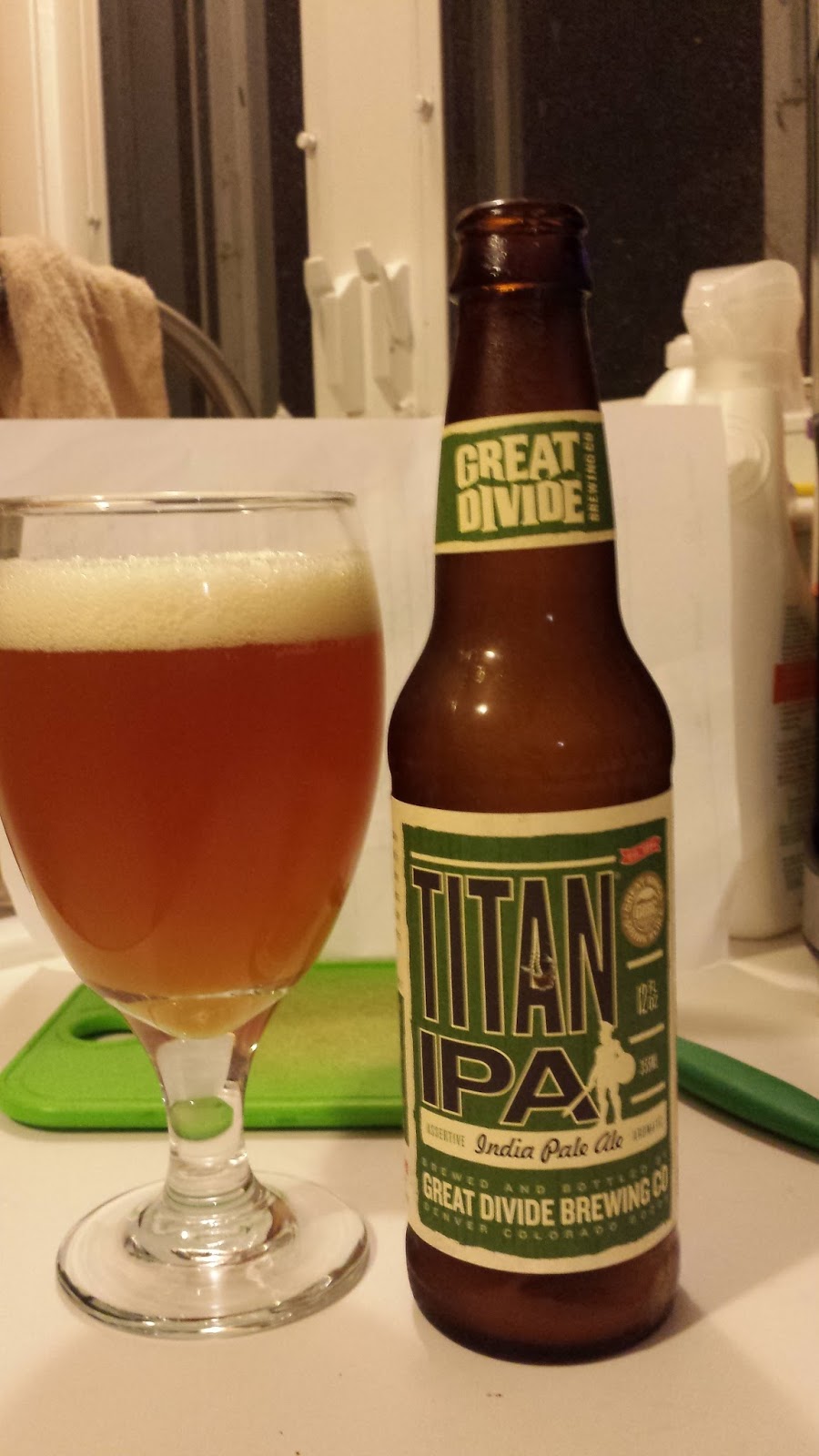 Titan pours a dark burnt orange, with a low, tight off white head.

Smell is malty sweet at first, followed by a big whiff of citrusy hops.

Mouthfeel is light to moderate, with a touch more carbonation that I'd prefer, but its not objectionable by any means.

Taste follows the smell, but in reverse- Big fruity, citrusy, bitter hops up front- grapefruit and grass- followed by a candy like malty sweetness in the finish that balances it out nicely

The flavors are awesome, clean, distinct, balanced and I love them. I was horrified by the "bottled on" date on the bottle though- 10/26/2012. I can only wonder how much better this beer would have been fresh. And I really have to stop shopping at certain liquor stores.

Anyway, I recommend this beer, and this brewery. If you haven't tried Great Divide Brewing Company beers yet, do yourself a favor and do it soon. These folks brew amazing beers,