Continuing IPA month with my first post vacation entry. Today's beer is a local from Sam Adams- Whitewater IPA- from their "Brewmasters collection".

This beer is a blend of a Belgian-Style White Wheat Ale and and American Style IPA. Typically blend's of this nature are called "White" IPA's, although to my knowledge there is no formal style guideline or definition for a "White" IPA. Its got a lot of ingredients- apricots, orange peel, coriander, five varieties of hops, white wheat, and Sam Adams blend of pale two row malt. 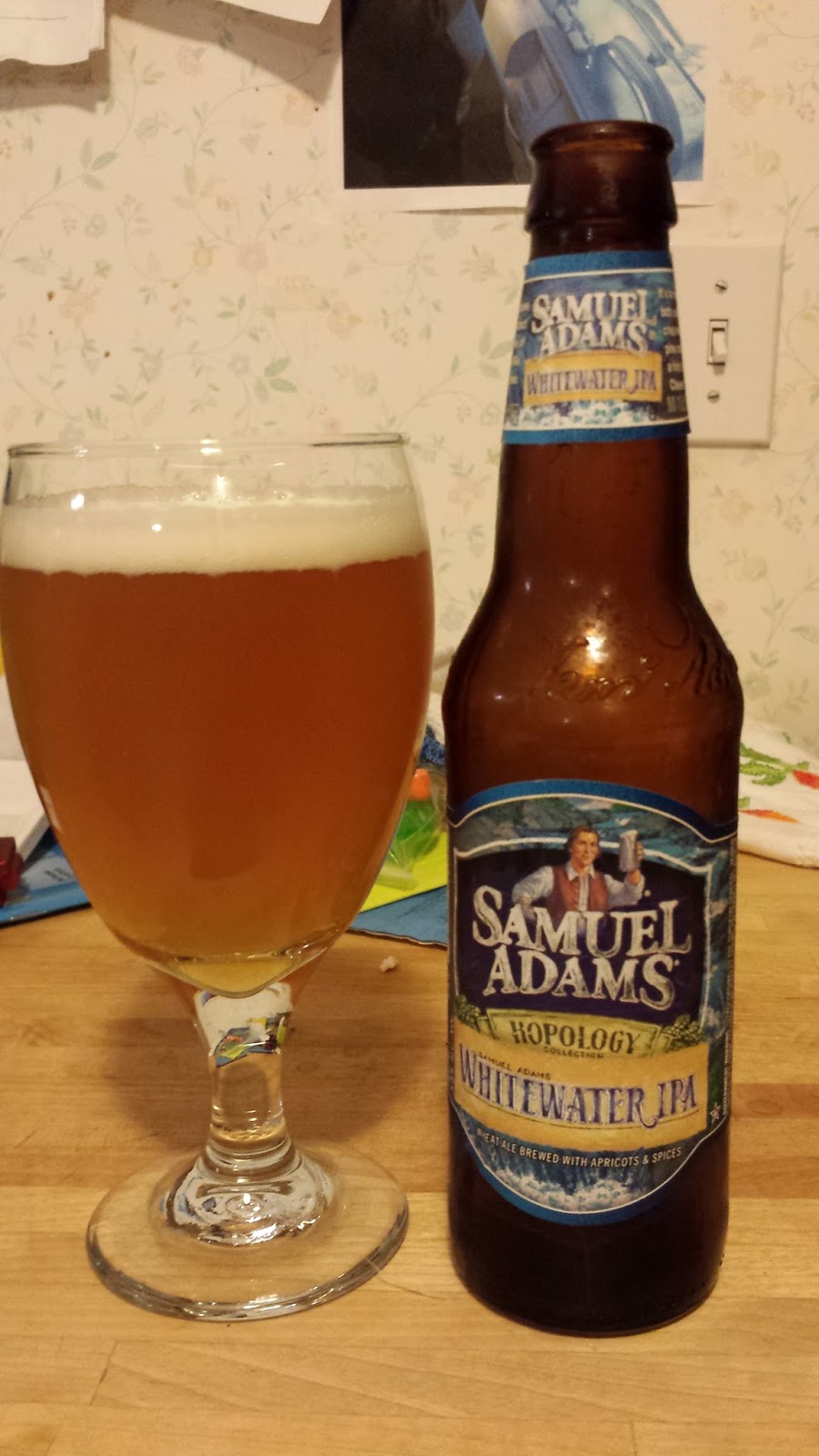 Smell is complex- piney hops and apricots hit the nose first, followed by teasing wafts of bready wheat that quickly vanish and are followed by more citrus.

Mouthfeel is moderate and bubbly. This beer has a strong body and good carbonation to match.

Taste is equally as complex as the smell. Tangy wheat greets the palette immediately, followed by orange, citrus, and piney hops. The flavors here are so totally and fully integrated that nothing is clean or easily identifiable. In addition to the wheat and fruit flavors, there is a peppery spiciness (its gotta be the coriander) that permeates everything. The hops here are really secondary- despite the Topaz, Chinook, Cascade, Simcoe, and Citra used in the brew. Finish is bitter and wet and spicy.

All things considered, I was disappointed in this beer. It wasn't really bad, but I didn't think it was great either. I was intrigued by the style, but disappointed in the execution. I feel like there was just too much competing for my attention and I couldn't enjoy it. I prefer clean, crisper flavors in my IPA's, and this beer- while loaded with flavor- missed the mark in that respect.

Beers I'd compare to this:

Harpoon White IPA is the single best White IPA That I've ever had, and is also one of my all time favorite beers, period. Its also a blend, but lacks the coriander and spice, really features the hops, and delivers strong, crisp, distinct flavors. I am desperately trying to find a bottle to write about for IPA month.

Haverhill Brewery, now The Tap- Whittier Wheat- This is a straight up Belgian Wheat interpretation loaded with spice and citrus. I similarly didn't care for this beer, but its very much in the same style as Whitewater IPA.