Brewing is a science, after all. 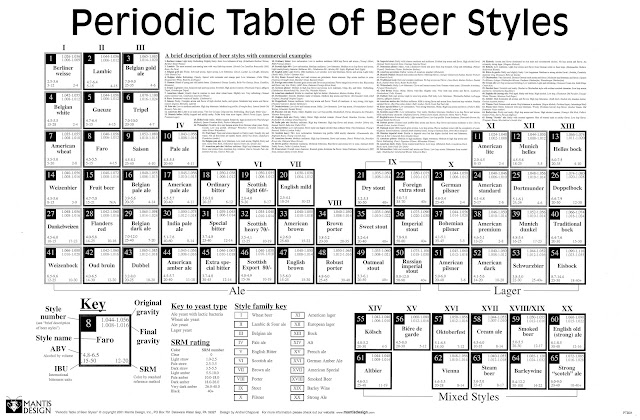 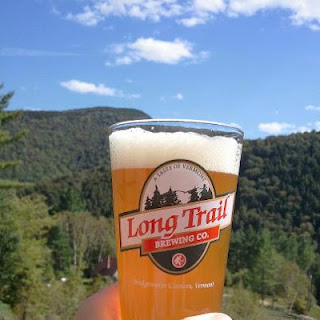 So, I had intended to do many more IPA reviews during the month of August.  They were going to be more in depth, more insightful, and put into better context by contrasting them with other IPAs. That was my intention anyway, but you know what they say about good intentions. Real life sometimes intrudes on the beer blogging.

At the end of August I went on vacation to Vermont, as my cousin had graciously offered her amazing house to my family to abuse for a week. And it just happens to be right down the street from the Long Tail Brewery...

This was my view. Everyday.

You can see why sitting at a computer would pale in comparison to this, right?

The beer in the glass is the new Long Trail Traditional IPA.  Brewed in the style of the original British IPAs, this beer is unfiltered, and at only 42 IBUs, much more in line with the original IPA style. At only 5.4% ABV, its amazingly drinkable, especially when you have this view to complement it! This is an excellent IPA, and I was wowed by it. It had a perfect balance of hoppy citrus aroma, light body, and clean, crisp, balanced taste that a bigger beer just can't deliver. Its the super session IPA.

Long Trail shows their brewing talent by creating such a fantastic tasting, low abv brew. It goes against the "big beer (high alcohol content)" trend, but skill in brewing a low alcohol  beer is the true measure of brewing excellence.

The whole family had dinner one night at the brewery. We all loved it. We learned that our 10 month old likes the french fries, our three year old loved the chicken fingers, and my wife and I enjoyed several great beers, but the most noteworthy, in my mind, was the Goodnight Irene Ale. This ale was brewed in the wake of Hurricane Irene, which ripped through Vermont in August 2011 and devastated the region. Proceeds from Good Night Irene Ale go to local charities that will help the recovery efforts. A hybrid combination of their signature Long Trail Ale and their Brown Ale, I found this beer to be fantastic. Dark brown in color, it had a slightly nutty scent,  moderate body, and rich deep nutty and malty taste.  Great beer for a great cause.

Coming up in the next week or so, I hope to post some of the lost reviews I have written the past few months. Look for a few more great IPAs that were supposed to close out the IPA month theme- one from Worcester, one from Nantucket- and be on the look out for our first Trappist Ale review.