I finally made it to the new Jack's Abby tasting room. And now that insomnia rules my life, I have time to write about it!

I had been trying to get to Jacks new tasting room since they got the new farm pouring license a few months ago. This new permit allows them to serve full size beers- in addition to the 2 ounce samples- at the brewery. And yes, you can still get growler fills and bottles of Jack's excellent beers.

What to have for my first beer at the new tasting room presented quite the dilemma. I had been dying to have a full beer at the brewery since I wandered in there that fateful July afternoon almost three years ago the day they opened. But what to have- their flagship Hoponius Union IPL, Smoke and Dagger, Framinghammer Baltic Porter? After much internal debate, I eventually settled on a Coffee Barrel Aged Framinghammer Baltic Porter in a sifter. It's a limited edition brew, on draft, at the brewery only. It simply  had to be in my glass. It was excellent. (It didn't last long enough to get a picture, sorry) 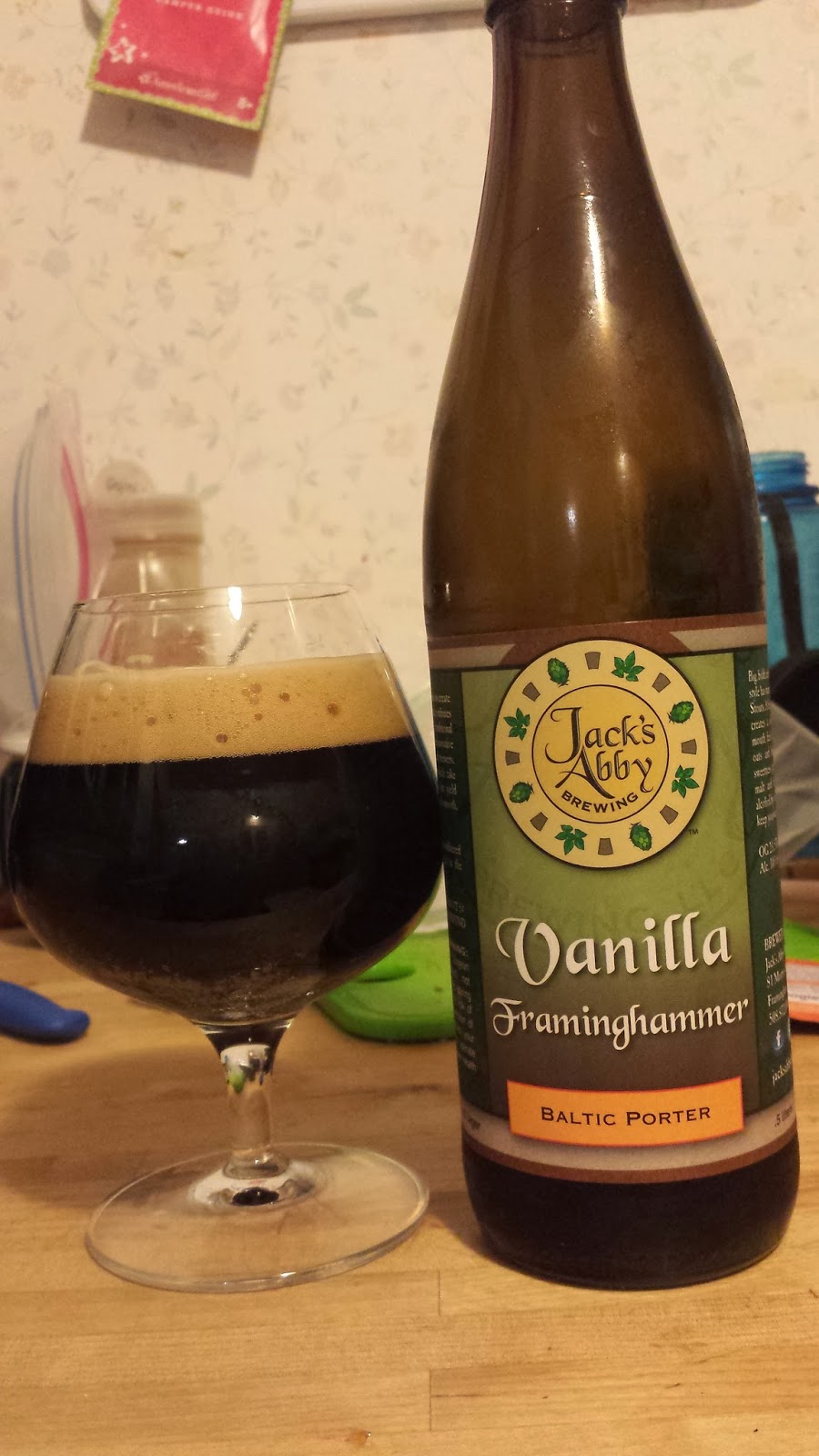 I love a good porter, and Jack's Abby's standard Framinghammer is excellent on its own.

But, age it for a few months in Four Roses Bourbon Barrels- with some vanilla beans- and it adds another dimension of taste and aroma that makes this a true "WOW" beer.

Vanilla and alcohol aromas immediately and generously waft from the glass, followed by complimentary notes of chocolate and coffee.

At first sip, the mouthfeel is thick, heavy, and velvety smooth.

Taste is mild vanilla- both from the beans and the barrel- and roasted malts up front, which transitions into a mild coffee/burnt chocolate flavor. I get a surprising hop resin bitterness that cuts the heft of this monster, right before the expected alcohol warm and slightly boozy finish.

This beer is just amazing on every level. Complex and delicious, with enough alcohol to keep you warm during this ridiculous New England winter, enjoy this beer liberally, in a recliner, by a fireplace.