Cheering for the Guy Who Brings the Watermelon Wheat Beer

If you're a craft beer drinker, you may have seen or heard about this tweet from Budweiser, tweeted out on July 10th.


Budweiser ‏@Budweiser  Jul 10
Nobody cheers for the guy who brings a watermelon wheat beer. #ThisBudsForYou 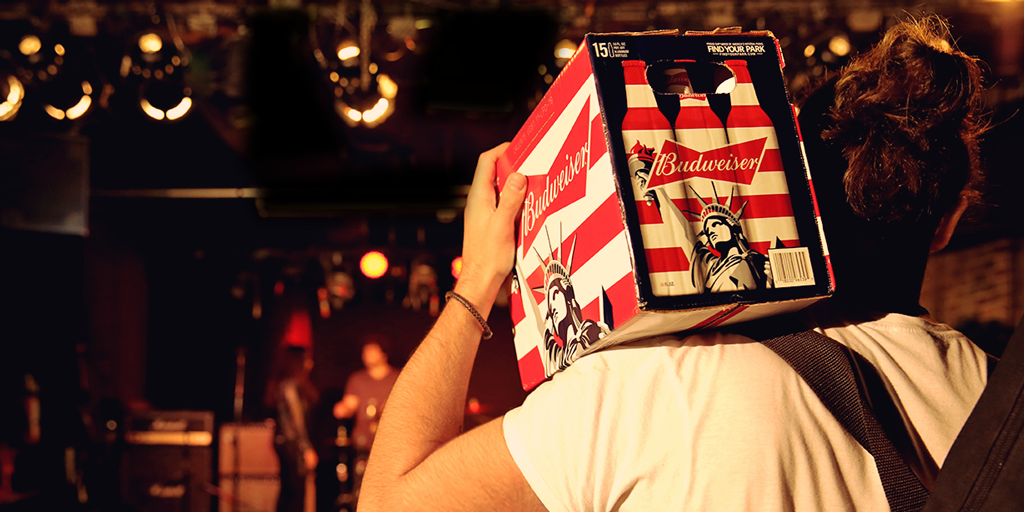 This tweet angers me, and it angered a lot of other craft beer drinkers. My take on this is simple-it's insulting. It's insulting us- craft beer drinkers- because we prefer beer that has flavor. Because we prefer beer that is not Bud, to be more to the point. And because of that, its apparently ok to take cheap shots like this on social media and hide behind the agency that I'm sure they hired to tweet this out. It's so fucking juvenile its sad.

Because I like watermelon wheat beer- and I most certainly do-let's get that out there right now- I deserve to be belittled and looked down upon by the powers that be at Budweiser.

Am I following this logic?

Do the powers at Budweiser think that in the year 2015 that they are effectively marketing to people- any people- by slamming a socially influential demographic that very clearly has income that they are willing to spend on beer, but are very clearly not spending with them?

I spent 15 years in retail marketing and advertising at the corporate level. I've been in the concept meetings, I've written the creative briefs, and I've had the conversations with management about potential negative feedback on messaging. Trust me when I say even the most innocuous, sincere, and innocent messages can be taken the wrong way and lead to negative backlash. So I can say with all the confidence in the world that Bud knew that backlash was coming from this tweet, and they either didn't care or they actually wanted it. And when a company intentionally develops a campaign built on a consistent pattern of insulting consumers- as well its own employees ("let them sip their Pumpkin  peach Ale"...don't get me going on that one)- I can only scratch my head and ask "what the fuck are you doing Budweiser?"

Budweiser continues to trot out these tired, worn out, outdated lifestyle marketing initiatives that focus on the tired old cliche of who they think Bud drinkers are, all the while wondering why they can't attract the new, younger consumers who identify as part of the craft beer crowd.

Well, let me save you the consulting fee Bud. The problem is you don't get it. Case in point, here is a response from one of your VP's to the Super bowl ad fiasco:


Budweiser vice president of marketing Brian Perkins:
"The prevailing discourse in beer is that small must be good, and big must be bad. We don't accept that. Lager is one of the most difficult styles to brew well, and we have the highest standards of care to get it right. We are owning who we are without apology."
You see Brian, craft beer drinkers are not seeking out beers because they are brewed by "small" breweries- they are seeking out high quality beer. Period.

Instead of relying solely on a mix of negative ads and lifestyle marketing, allocate some of your massive resources to brewing some new, different beers. These ads of yours put your brewers in an awkward position- do you think they like to be associated with a company that insults their brewing peers, many of whom I'm sure they know personally and probably respect? Its my understanding that a Bud rep gave a great presentation, and presented a tasty brew or two, to a group of beer bloggers at the recent Beer Bloggers Conference in Ashville, NC (Sadly I was not in attendance....some day), so clearly you have the brewing resources/chops to compete product wise. And yet you just don't. You go negative against the very consumers you should be rolling out the red carpet for. It's idiotic on every level.

So please Budweiser, just stop it. Grow up. Up your game and admit your mistakes. And honestly, I don't really care if people "cheer" when I show up at a party with Blue Hills Brewery's "Watermelon Wheat", or 21st Amendments awesome "Hell or High Watermelon". I'm 41, and that's more of an "I'm an 18 year old, college freshman at my first keg party" thing (is that your target demo?)- but I'm really tired of being insulted by you.